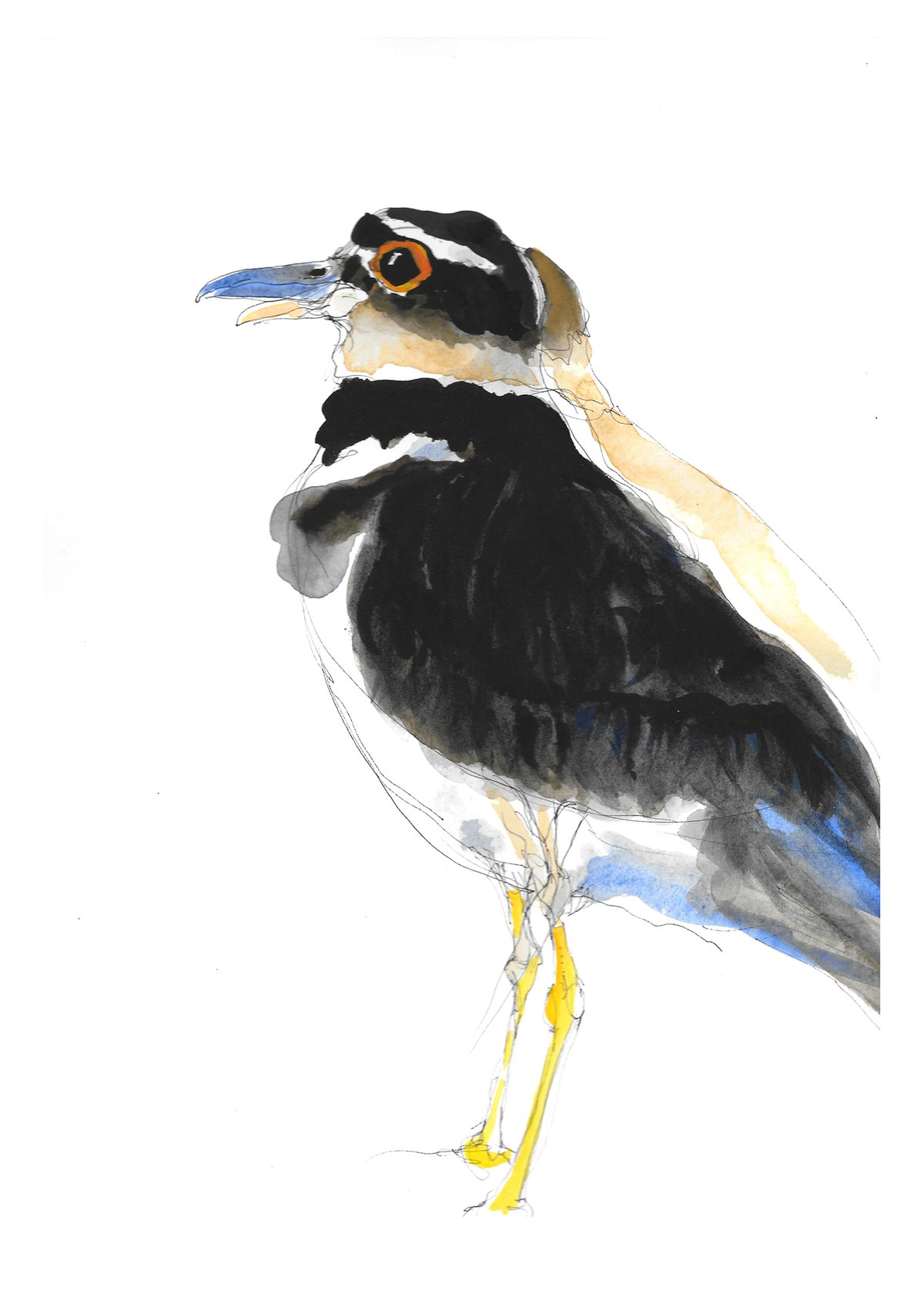 From Allaboutbirds.org:
-Killdeer get their name from the shrill, wailing kill-deer call they give so often. Eighteenth-century naturalists also noticed how noisy Killdeer are, giving them names such as the Chattering Plover and the Noisy Plover.
-The male and female of a mated pair pick out a nesting site through a ritual known as a scrape ceremony. The male lowers his breast to the ground and scrapes a shallow depression with his feet. The female then approaches, head lowered, and takes his place. The male then stands with body tilted slightly forward, tail raised and spread, calling rapidly. Mating often follows.

0
Your bag is empty
Start shopping